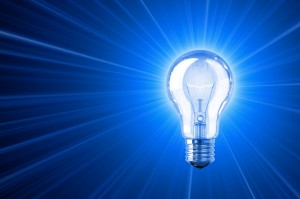 Writers block. Just stating the words can send a shiver through any writer’s body. Some writers, both accomplished as well as up-and-coming, believe it’s superstitious to mention the words, but the sad truth is that most writers will experience writers block at some point in their career.

You may have a pressing deadline, for example a treatment for a script that absolutely needs to be completed within forty-eight hours. Or you could be in the middle of a feature film screenplay that is due for completion in a week or two. Perhaps you’re in the middle of a television series and suddenly the words stop flowing, the ideas stop coming to you, and you’re caught in that lonely world of writers block.

There are just about as many different ‘cures’ for writers block as there are writers in the world. Most, like remedies for hiccups, don’t really work all that well for most people. When your career is on the line, when deadlines are fast approaching (and in the entertainment world, production doesn’t wait for your writers block to let go of its grip over you), you need surefire ways to get past the block and get back to the writing.

I have scoured the Internet and spoken to countless writers from all genres and styles and walks of life to find the 8 best ways to get past writers block. These 8 methods are guaranteed to get the creative juices flowing, to help you slide past your fear of whatever hides in the dark passageways of your life, and get you to the finish line of your project.  Now.

Using any one of these suggestions will help. Using more than one will force open the floodgates and you’ll soon find yourself sprinting to your writing goal’s finish line.

Any one of these methods will help any writer overcome writers block. Try it when you need. You might just be surprised with the results.