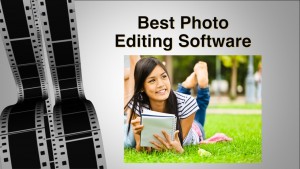 Today’s topic is – The Best Photo Editing Software.  And I might add this is according to a professional photographer.

My guest again is Anil Mungal, a 10 year plus veteran of photographer.  His body of work ranges from pro athletes to big-screen celebrities.

Anil shares his thoughts on two popular pieces of photo editing software – Aperture, made by Apple, and Photoshop Lightroom by Adobe. I will have more details about both of these at the end of this video.

Anil also discusses shooting in Black and white. How things have changed since the film days and how software tools have made a photographer’s life much easier.

To begin, I asked Anil Which software tools he uses to edit his photos?

I use a program called Aperture. It’s on Apple. It allows me to do really great edits. It also allows me to edit and manage my projects nicely.

Those are really the 2 products that people would use to do post processing with. Sometimes I do use a bit of Photoshop but for the most part the amount of editing I do is very limited.

I like to color correct, crop, and do a little bit of sharpening and adjusting and that’s about it. I don’t do very much. I don’t do any skin cleaning unless I’m doing a portrait or something.

Do you work very much in black and white?

Is there a drastic difference in the look between shooting in black and white film and shooting color and actually pulling out the chroma?

They would have some kind of grain in them and have some character. And depending on how you developed them those pictures would come out looking a bit different.

So it was almost like each film and each paper and each developer had its own look and feel to it. I think you can kind of emulate that in post using some black and white tools. In the end you can probably get something that looks very similar. Its really just the process that’s different more than anything else.

And this process that Anil refers to can be achieved using both Photoshop Lightroom and Apple’s Aperture. Both these pieces of software are available as downloads online.

Apple, in its infinite wisdom, allows you to get access to multiple tools all within one platform.
When working in Aperture you have the same powerful tools that Final Cut Pro X uses. FCPX is Apple’s video editing software. You can apply motion effects to your pictures with a ‘Ken Burns’-like effect. Aperture is available for about $80 U.S.

Adobe’s Lightroom is also a powerful photo editing software. In my opinion it has 3 advantages over the Apple product. First, it operates on either a PC or a Mac computer. Secondly, it comes with a Free 30 day trial period and thirdly it has some real intelligent photo fixing effects like ‘heal’. This tool will automatically determine color, hue and saturation and fix photo flaws.