How to Run Successful Auditions 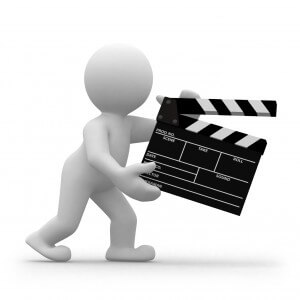 So you happen to find yourself in charge of setting up and running an audition for an upcoming production. While there may be a few things that are slightly different from television and movie auditions, for the most part the essentials are the same. Following these important steps will create the best possible audition conditions for the auditioning actors. Remember, auditioning is tough, you want to create an atmosphere that is calming for the actors. Making sure certain things are all in place before the process begins will ensure that your audition session runs a smooth as possible.

Venues can vary depending on the amount of money you have set aside for this process. If you have some money to work with, then go ahead and rent a nice venue with multiple rooms. You need multiple rooms (at least 2) no matter where you are conducting the audition. This allows a comfortable space for the actors to prepare, and gives you and your casting team an area to conduct the actual audition. If you are strapped for money in this department, then look for something cheap i.e. a hotel room for a day, a local theater, or a church venue. You may be tempted to use your own home or apartment – don’t! This comes across as very unprofessional.

Get the Word Out

No matter what avenue you choose to use to put the word out, make sure there is a description of the part, as well as the appearance, body type and age that you are looking for.

It may seem that only the actors auditioning need to prepare, but that is far from true. You as the casting director – or person setting up the audition, need to be very well prepared. This will allow you to run a comfortable and professional casting session. Being prepared involves all of the following…

Several Takes/ Get the Most Out of Your Actors

Often times a first read through will not go as planned for you or the actor. Always allow for mistakes. Let the actor read the scene a few different ways. Allow for some ad libbing, often times this shows an actors ability to think on their feet. You will want to direct the actor as much as possible. They are trying to bring the character to life, but more often than not they will need direction. Allow the actors to ask as many questions as necessary. Most importantly, even if the actor is terrible – or not right for the part, always allow them to finish the scene without interrupting them. This demonstrates your level of professionalism and respect.